What automatically strikes your mind when you hear of Gucci? I must admit there is a lot to talk about this great house of fashion. Most recently, Alessandro Michele has scaled up Gucci to be in sync with today’s trends. Before her it was Tom Ford with his almost controversial silhouettes and sexy ads. However, before all this rumbling, Gucci started from a humble background.

From a time when it was almost impossible to get a fake Gucci to a time when you can easily make your purchase online; Gucci has been through it all. It is a long story and I’m going to tell you about it as it happened.

Let’s rewind the clock back to March, the 26th day of 1881. On this day, a fashion icon was born and his name, Guccio Gucci. Now you will not be asking about the origin of the brand name. His father used to make leather goods. At first, Gucci did not want to take after his father; little did he know that the blood flowed in his veins.

His first real job was as a porter at the London’s Savoy Hotel. Each day, he would handle suitcases of all styles and makes from guests checking into the hotel. The more he kept doing this, the more he wanted to learn about how such suitcases were made.

He soon left his porter job and headed back to his native Florence. He began to work for a Franzi, a luggage company. After a few years, Gucci was ready to open his own company. His store for eponymous leather goods opened its doors in 1921. The primary focus was on saddles and accessories for horse riders. His brand sent waves around the fashion industry at the time. A lot of this was because his products were purely high-grade Italian leather. The accessories were crossing borders into the English markets and found big favor with British aristocrats. Even up to today, Gucci wholesale horse accessories are still ruling the global market.

Making of a Family Legacy

In 1938, Gucci urged his three sons to join the business. Rodolfo, Vasco, and Aldo were tasked with growing the business into other Italian cities of Rome and Milan. It was the beginning of the brand becoming a European heavyweight house of fashion and paving way for global dominance.

In the mid-1930, Italy was hit with sanctions. This slowed down the flow of leather and Gucci had to improvise a way to keep his business running. First in experimentation was alternative textile. It was the birth of Gucci print, which became the biggest fashion innovation at the time.

In 1947, Gucci Bamboo bag was born and placed the brand in the global map. Since leather was hard to come by, Gucci designers turned to Japanese bamboo. It was towards the end of World War II and the fabric market, just like any other, was struggling to stay alive. Thanks to the ingenuity and resilience by Gucci, his sons and artisans, the patented bamboo handles drove Gucci to a leading fashion brand. At this height of success, it was next to impossible to get a fake Gucci. Everything was designed with a signature touch that was not easy to counterfeit.

1953 was both a win and loss for the house Gucci. First, the brand had opened its first New York store. Unfortunately, 15 days after this big achievement, Guccio died. It was low time for the company but thanks to the big embrace of their goods by the American consumers, Gucci navigated through all this. Better times were ahead.

A decade after, Gucci goods became popular with celebrities. The big name in sports, entertainment, and those of high social status made Gucci products their daily choices. While it was not easy to get cheap Gucci, the rest of the public could still afford some of the Gucci products.

Peter Sellers and Elizabeth Taylor were madly in love with the Gucci Bamboo totes. Jackie Kennedy was another big name that favored Gucci products. Once, she was spotted in public carrying a slouchy purse from Gucci. This was a blessing to the brand as the purse became an instant hit. It was quickly given a new name, ‘the Jackie’.

One time, Grace Kelly, princess of Monaco, went to a Gucci store to buy their bamboo bag. Rodolfo Gucci was present and instructed illustrator Vittorio Accornero to create a floral scarf to gift the princess. The scarf was named Flora as it boasting of 37 different colors and 43 flowers, insects and plants. It was at this time that the double interlocking G was introduced in respect to the founder and finding a branding identity for the brand.

At the beginning of 1970, Gucci was looking to set foot to the east of the globe. Tokyo was the first stop. It was shortly followed by Hong Kong. It was a great adventure that would elevate the company to be one of the greatest fashion houses. However, things were not as rosy among the Gucci brothers. They were in constant fights and this rocked the boat of the biggest fashion brand. Despite this dark cloud, 1981 was the year for the release of ready-to-wear to Gucci line.

It was the same time that Aldo Gucci was dethroned from the top of the company by Aritzio, Rodolfo’s son. Under the youngster, Gucci hit the bottom rock and was almost closing doors because of bankruptcy. If this happened, you would not be enjoying the cheap Gucci products in the market right now.

In 1989, it was the opportune moment to save Gucci. The recovery era began with bringing on board a new team to steady the ship. Dawn Mello was the new creative director. She was the former Bergdorf Goodman president. Backing her up were Design director Richard Lambertson, menswear designer Neil Barrett, and womenswear designer Tom Ford. First action under Mello was the reintroduction of Gucci loafer. It had more colors and there was a lot of fanfare around it. There were other projects during her helm but they did not perform very well. In 1994, Mello exited and went back to Bergdorf Goodman.

The exit of Mello ushered in Tom Ford’s era as Gucci creative director. It is him who turned around the fortunes of Gucci by bringing it back to the lips of fashion lovers. His somehow controversial leaning to overt sexuality in the designs paid off. No other runway had taken such a bold step and Gucci was back to claim its glory. Opposed to the 1990s minimalist design, Tom Ford defied the odds and they paid off.

It was time for Ford’s star to shine. To keep the tide in his favor, he brought in some of the best masterminds of fashion that would move Gucci into the next generation. The duo of Carine as a stylist and Mario Testino as a photographer shook the fashion industry. Under the watchful eye of Ford, Gucci fashion ads were explicit with almost bare skin photos. The most remembered controversial ad was that of Carmen Kass with a ‘G’ created on her pubic region. It was all sexy at Gucci and it was working for the brand. At the height of Ford’s reign, Gucci sales hit the 10-billion dollar milestone.

In 2004, Gucci was purchased by Pinault Printemps Redoute and coincidentally the time Tom Ford left Gucci for a new challenge. In his place came Alessandra Facchinetti. Her big role was to work on the women collection. She only stayed for two seasons bowing out in 2005.

The tide of change kept turning and it was the turn for Frida Giannini to be the boss at Gucci. She was not new to the brand as she joined Gucci in 2002 to head the Handbag line. If you got some cheap Gucci bags wholesale deals during this time, she was the one making it possible. At 24 years, she made Gucci bags a big success and the main revenue stream for the brand.

Giannini steered Gucci from the sexy design by Tom Ford and instead took the house back to its original codes. The floral print was part of revival with the green and red stripes taking a center stage. The Bamboo bag was put through a refreshing design and introduced into the market. Gucci was doing fine under her leadership. However, her collection and revival journey hit a snag when sales began to fall. It was not long before she was shown the door.

In 2015, Alessandro Michele climbed the ladder of power and was now the big man at Gucci. Michele was not coming out of obscurity since he had been with the company for 12 years. His first action in power was tossing the male collection left in line by Giannini. He ordered a total redesign and the new line was ruling the runways during the 2015 fall/winter. One month after taking over, Michele’s menswear collection went on the runway in Milan. Fashion stakeholders and players said it was a big success for the new Gucci leader. It was some good news for the house.

After working under Tom Ford in the bag wing, Michele has continued to ensure Gucci purses and handbags are the go-to choice for customers. That is not the only area he has succeeded. For the four years being the creative director, Michele is returning Gucci to the good books of fashion lovers. With more leaning to maximalist direction, Gucci is still a big force on the runways. You can easily notice ruffles, dragon heads, color themes and pop culture in every Gucci coming out as from 2015. The house is now responsive to social consciousness and is slowly returning to the top fashion spot it held during Ford reign. With customer preferences and expectations shifting, Gucci is making the right turns.

In his effort to make Gucci great once more, Michele is gradually returning the brand back to its roots. There is a Gucci Garden in Florence in honor of the brand’s founder. There is also the Gucci Osteria da Massimo Bottura, a Gucci restaurant. A museum is also in place showcasing the Gucci history from its humble beginning.

So, when you are sporting expensive or cheap Gucci belts or shoes; you know the rich history behind the brand. Do not forget to check Primestuff for high quality Gucci replicas. Keep your eyes on this blog as I will keep you entertained and informed with interesting fashion news and deals you cannot miss. 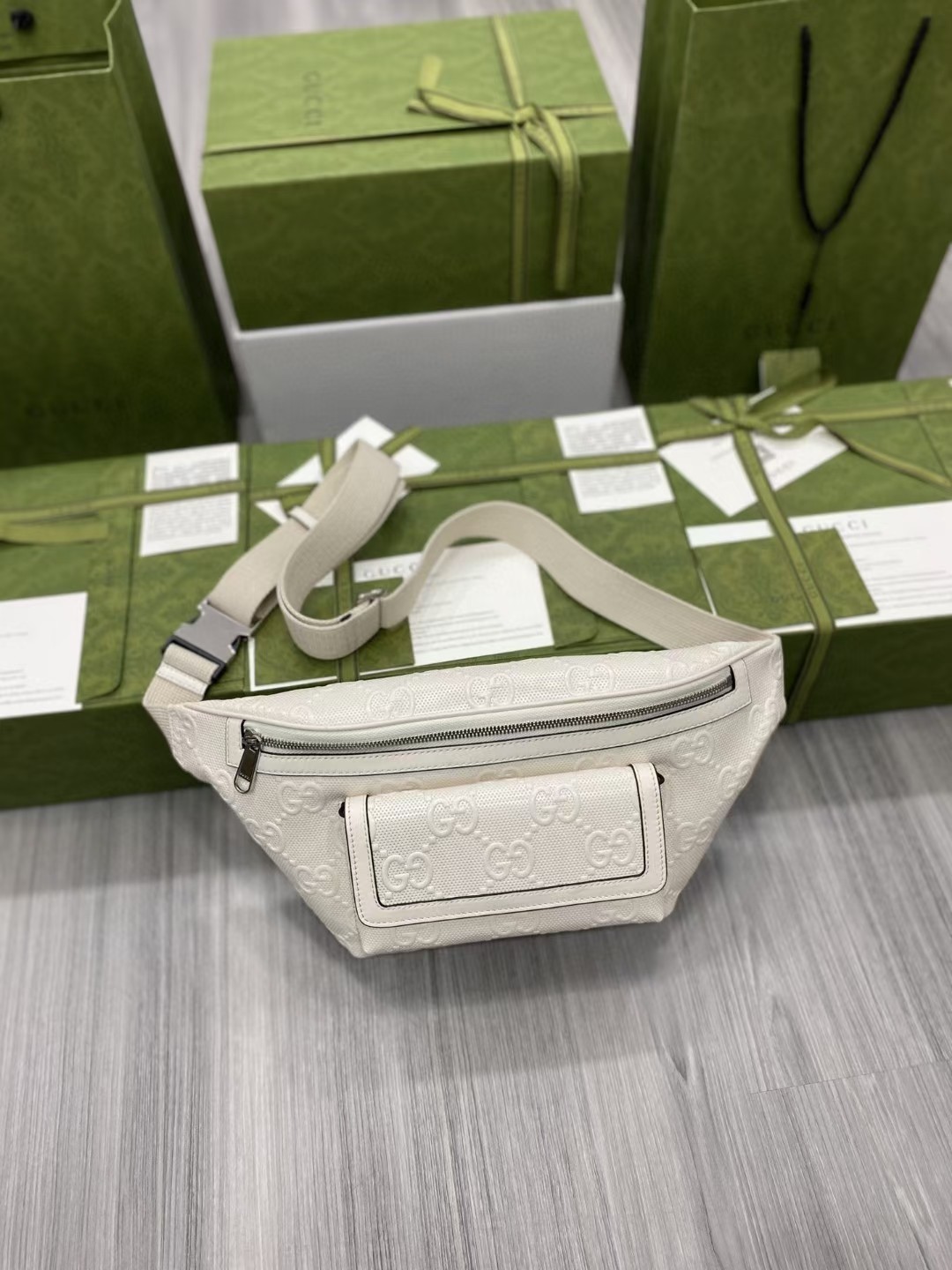 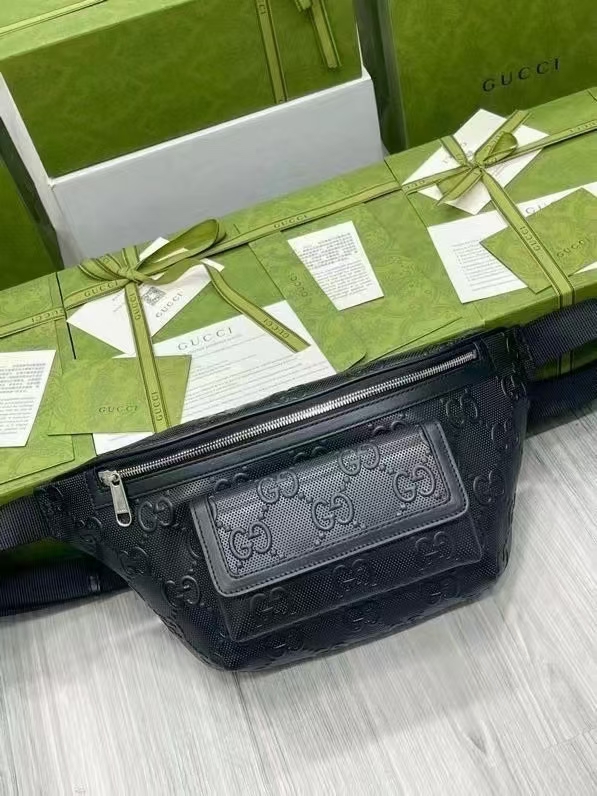