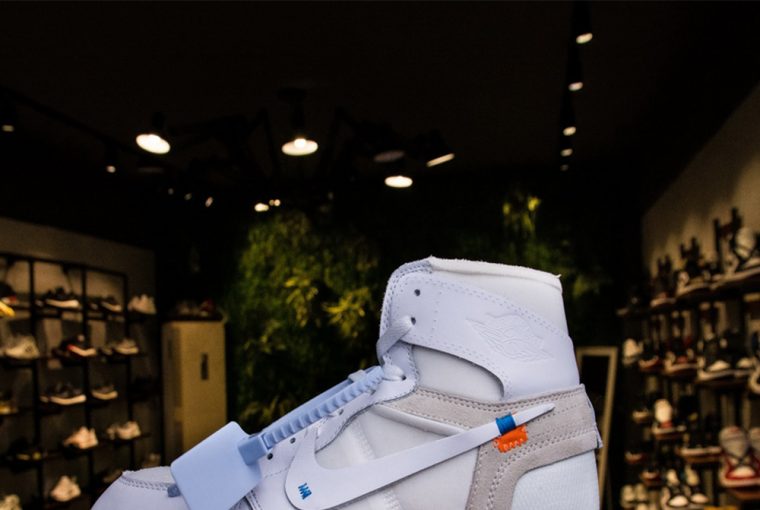 Point 1: Stitching on shoes. All stitching on the sneakers should be white in colour. As seen on a fake above (right), said stitching is in black colour instead.

Point 2: Nike Swoosh. The stitching on the shoe’s Nike Swoosh should be in a sky blue shade, as seen in picture (left) above. The stitching should also be neat and dense. In contrast, the same stitching on a fake is usually in a shade of darker blue, besides being sewn on rather sloppily and more sparsely.

Point 4: Side flap material and printing of “85”. The side flap on the sneakers should be made from an elastic material; however, a fake’s is usually made from a soft element. Furthermore, the printed number “85” should be right next to the two punched holes on the flap. If you look at the fake in picture above (right), the number has considerable distance from the punched holes.

Point 5: “AIR” wording. The word “AIR” on the shoe’s side sole should be neat, straight and matte. On a fake Nike Off White Air Jordan 1, this word may be slightly tilted and fuzzy looking. 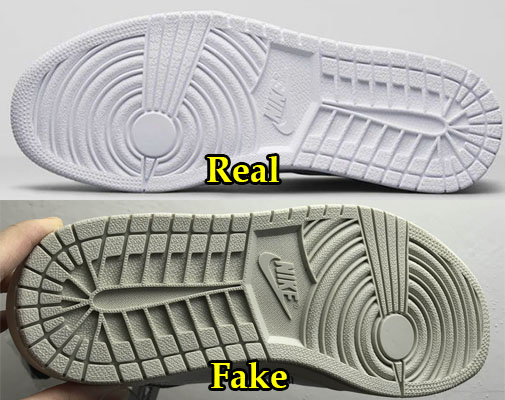 Point 6: Shoe sole. The sole of an original should be in a bright white colour. On a fake, it is usually in grey as seen in picture above (bottom).

How to Spot Fake VS Authentic Bape Shorts 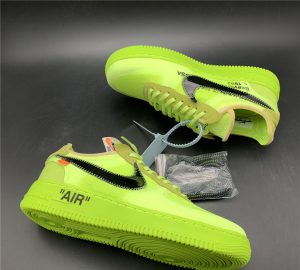 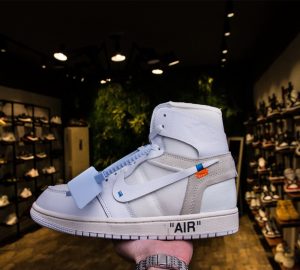 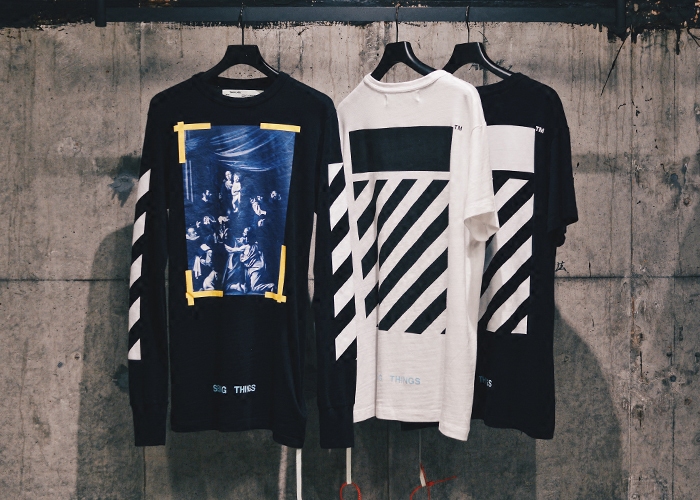