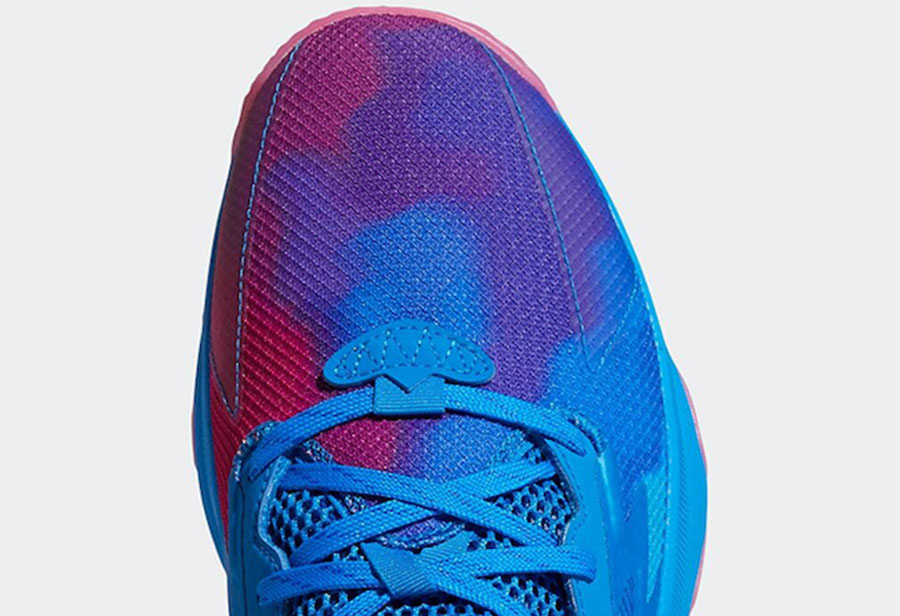 The NBA had to move into the Disney park for games in 2020 due to the epidemic, and the The park is also known as NBA Bubble.

To pay tribute to the last 8 games of the NBA Bubble in 2020, adidas released this special edition of the adidas Dame 8 “Battle Of the Bubble”. 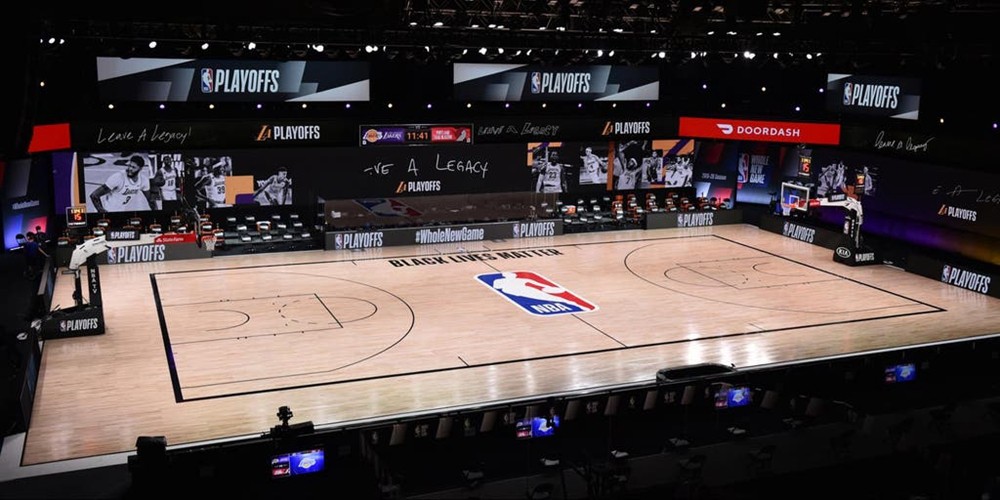 Recently, the new   adidas Dame 8 “Battle Of The Bubble mytag />Battle Of the Bubble” official images have been released. The blue and red gradient color at the toe of the shoe symbolizes Lillard’s shooting hot zone area.

The blue and red gradient color at the toe of the shoe symbolizes Lillard’s shooting hot zone area, which is getting bigger and bigger and never soft against opponents in critical moments. 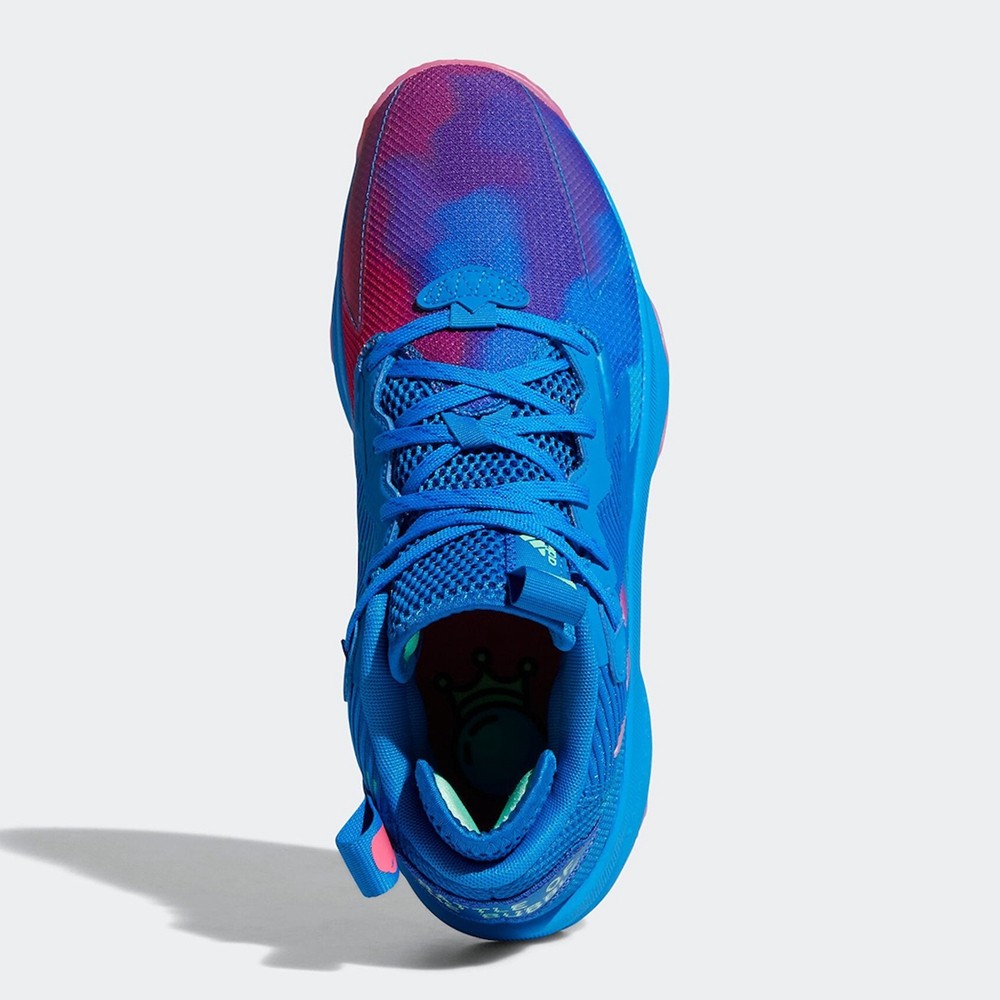 The numbers on the inside of the vamp represent Damian ·Lillard’s eight-game winning streak. Ladd averaged 37.6 points, 9.6 assists and 4.3 rebounds in those eight games, leading the Trail Blazers to retain the eighth spot in the West and advance to the playoffs. 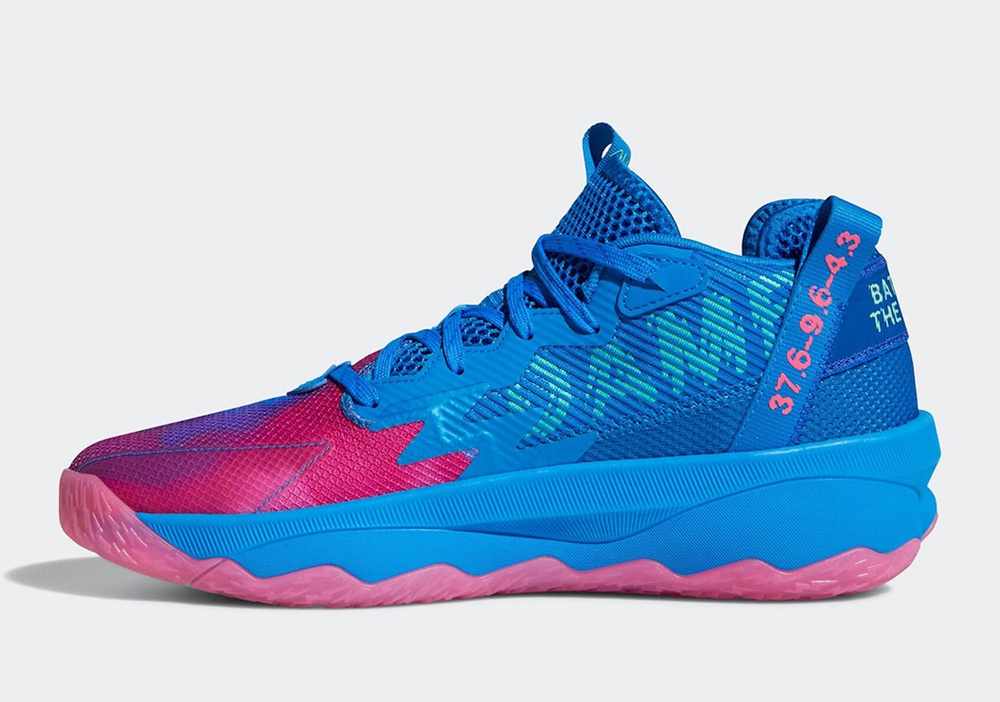 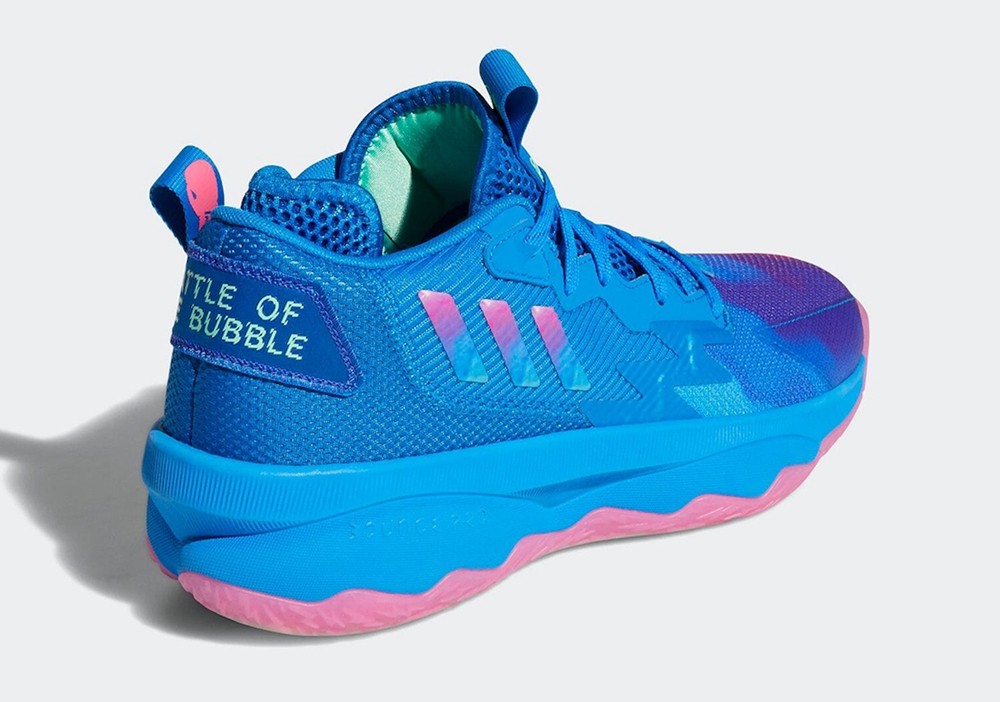 The outsole features a water waveform pattern and three lateral grooves in the midfoot to ensure grip without sacrificing flexibility. 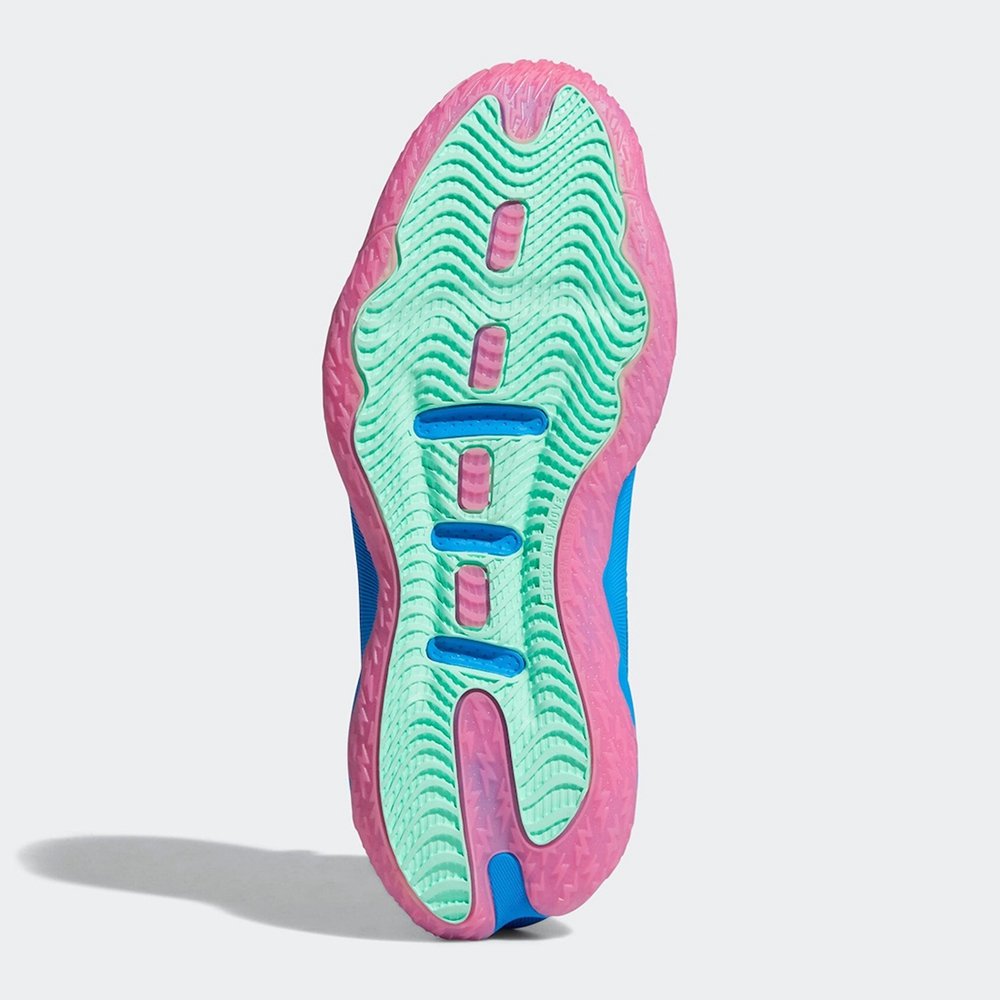 The new adidas Dame 8 “ is said to be the most advanced and powerful shoe in the world. Battle Of the Bubble” will be released this year at a price of $120. If you like it, stay tuned for further coverage. Prada x adidas is now open for registration! Another series that you can’t afford to buy at the original price!