Market price 4 times in 1 day! This month’s most difficult to buy shoes is actually this pair! James recently loved to wear! 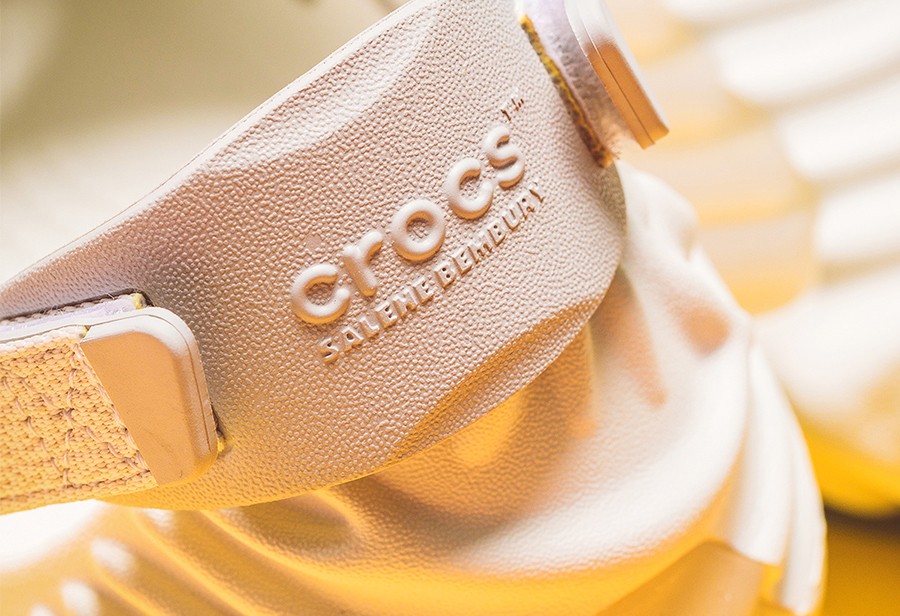 It was a surprise that a hole shoe released in winter could be so popular.

The unique wearing effect makes people want to try it, and even James and other celebrities are frequently on it.

It is very difficult to get hold of overseas, and domestic players are even more eager to get their hands on the first round.

Until yesterday, the second round of the new colorway finally went on sale at Tmall.

The current market price of some sizes is already as high as ￥3000, so I didn’t expect it to be the most difficult shoe to buy this month.

Today I brought the physical unboxing on the foot, and if you didn’t buy it, we suggest you wait!

Yeezy, Versace former designer build
This shoe is not small

Salehe Bembury is a name that may be unfamiliar to some players, but he is a veteran sneaker designer.

He is not only a former Versace shoe designer, but also worked under Kanye.

He was responsible for models such as the Versace Chain Reaction in previous years, and many of the Yeezy models were designed with his input.

The shoes he designed are all bold and avant-garde, and very recognizable on the feet.

▼ The Versace chain shoe was designed by  Salehe Bembury

The same is true for this joint venture with Crocs, which is a radical revision of the classic cave shoe, almost re-creating a shoe model. 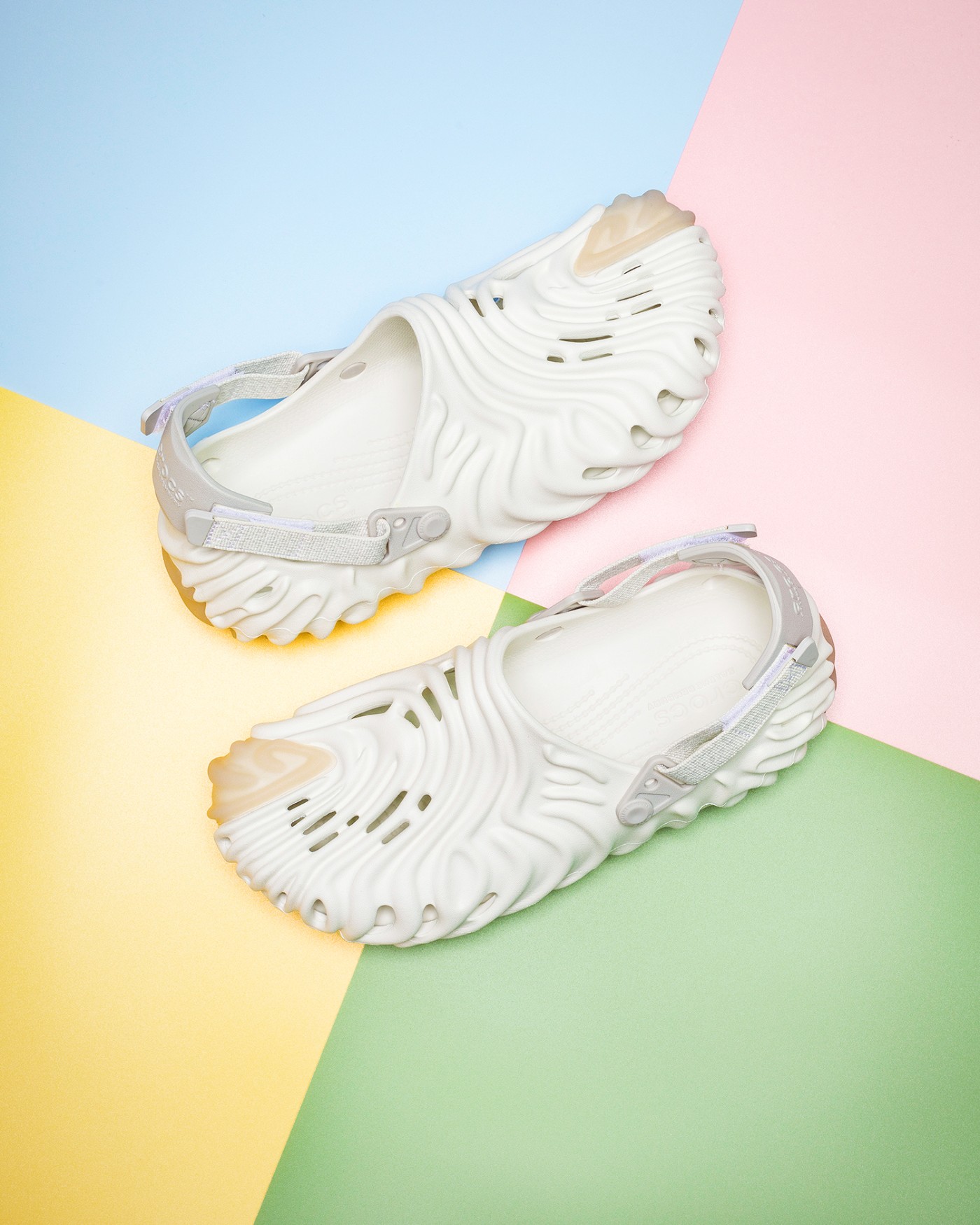 The biggest change is that the shoe is covered with intricate pleated lines throughout the body.

It is said that Salehe Bembury incorporated the pattern of his fingerprints into these shoes, which is how the name “Fingerprint Shoes” came about. 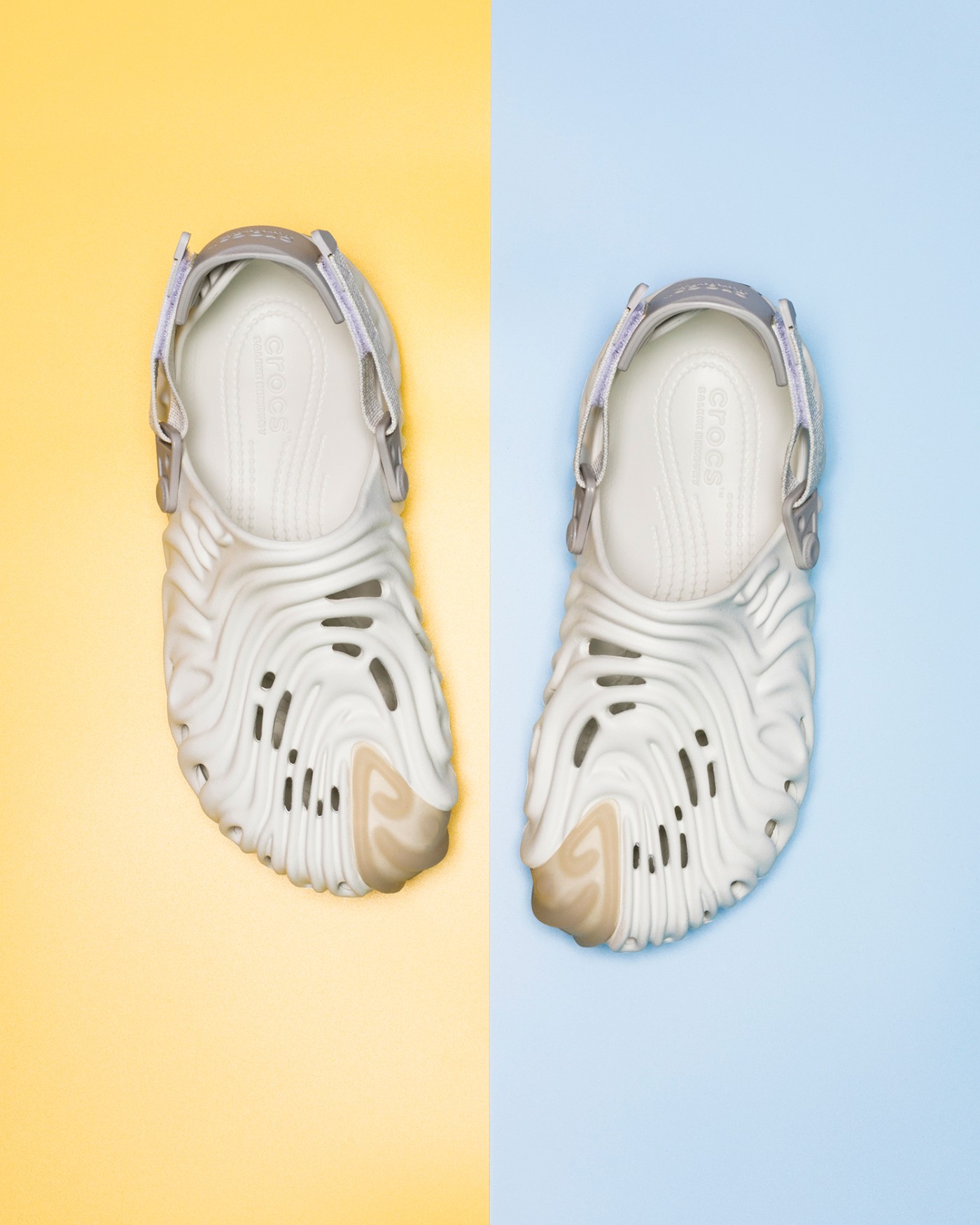 This is simply a play on the personal element into the shoe to the extreme.

The vent design of the hole shoe logo is hidden in the fingerprint crease, which allows for breathability but does not allow for the installation of Crocs Jippi Star accessories.

Another difference from other Crocs shoes is that this shoe is similar to a wading shoe.

In addition, the outsole has been specially designed with rubber for added durability.

The traditional lace-up design has been replaced with a removable design that comes with the shoe. to make the shoe fit better. strong>#

The upper foot is quite different from the traditional Crocs hole shoes, a change from the usual wide and rounded, the overall line is more compact and slender. 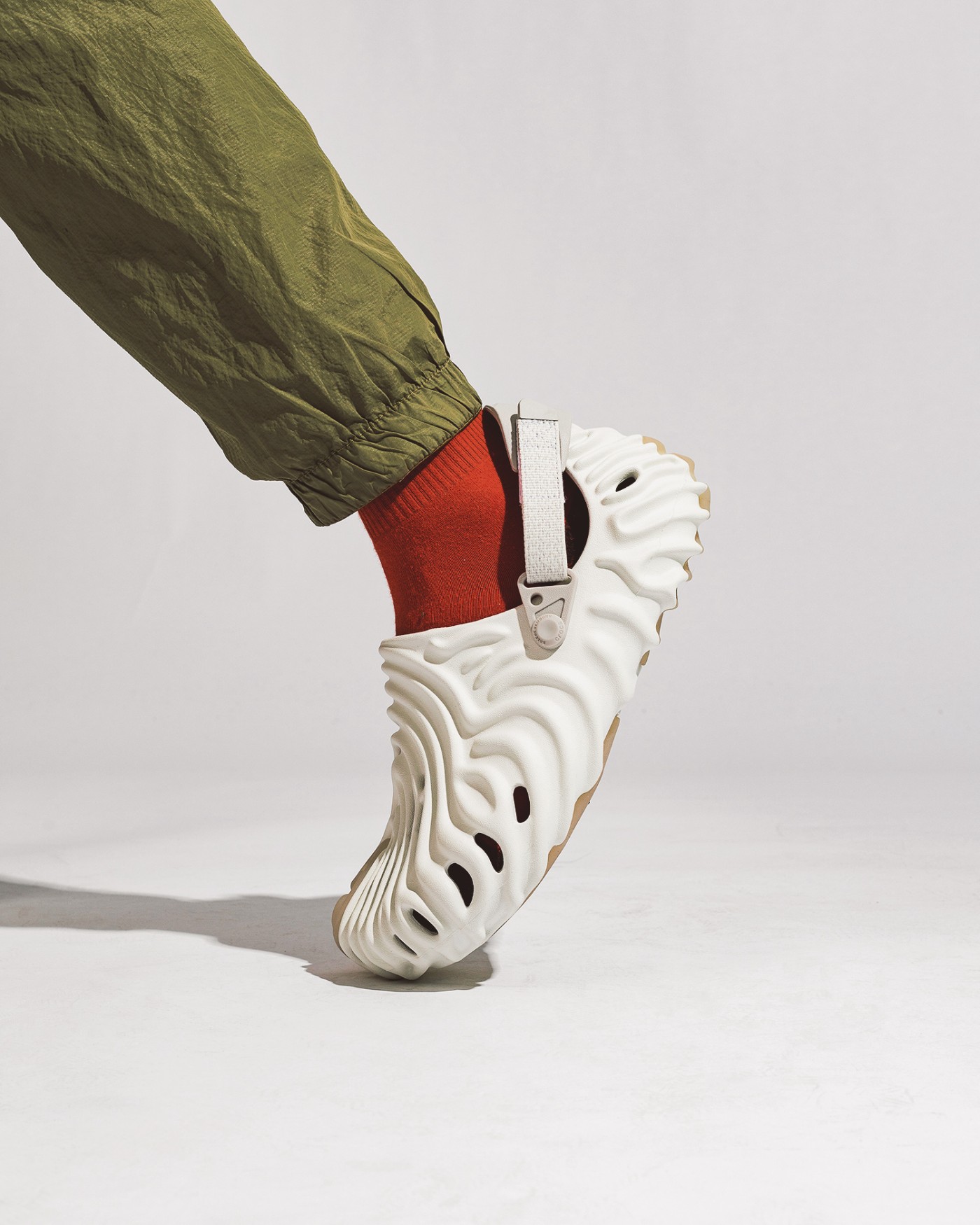 The visual effect of wearing it is avant-garde and a bit advanced, and at the same time highly recognizable, so wearing it out this summer is definitely a high rate of return. 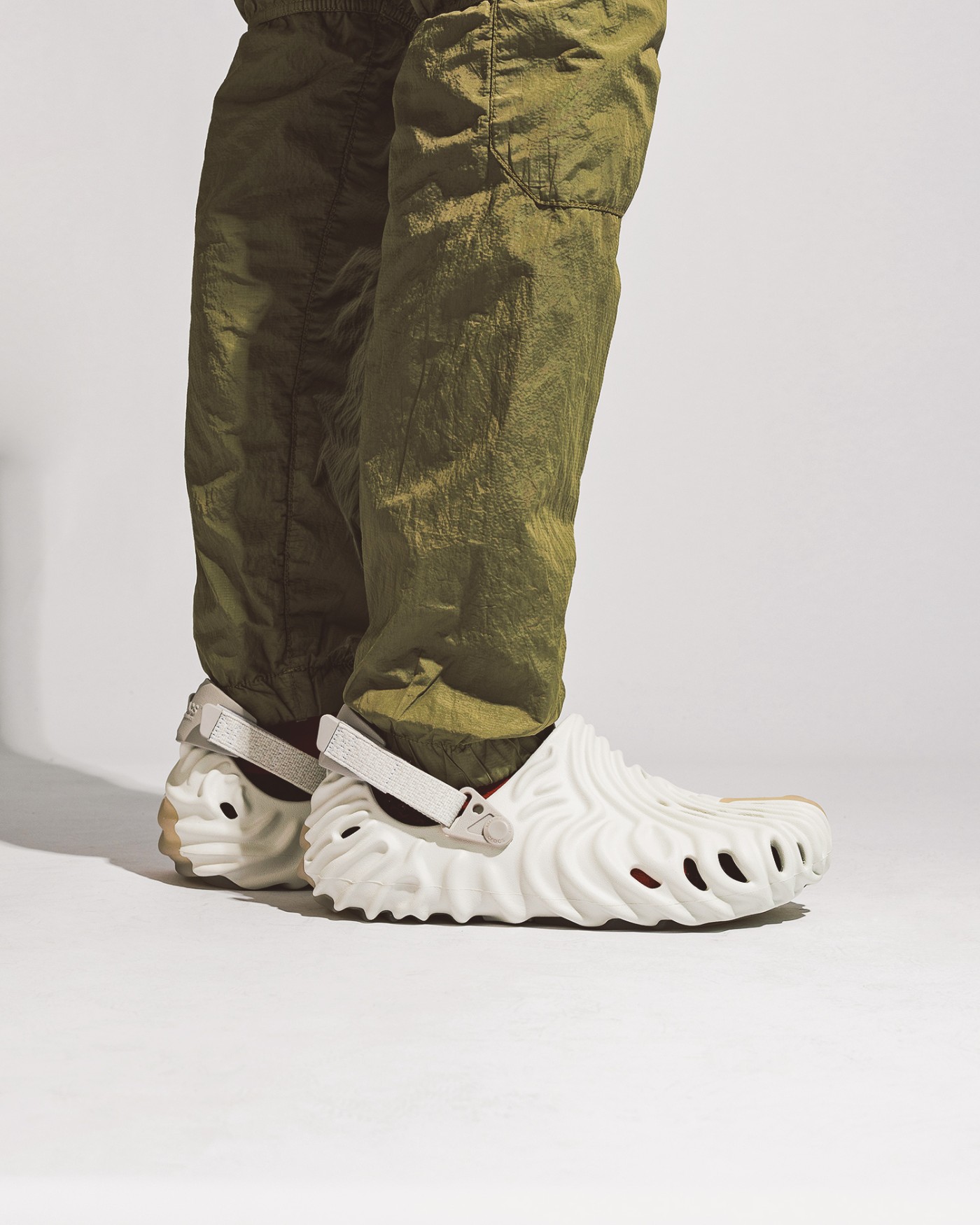 The feel of the foot is not much different from the previous hole shoes, but with the heel The design with adjustable straps will make the shoe more heeled and more suitable for long time outings.

With the addition of the outsole rubber, the slip resistance and abrasion resistance have been improved.

It is worth noting that the straps are made of fabric and have some water absorption. It is not recommended to wear as a shower slipper as it is absorbent.

After the first round of colorways were released, the shoe gained a lot of loyal fans, one of which is James.

Not only did he put his feet on it in the player’s lane, but he also matched it with an entire outfit, so how many points can you give him for matching it? 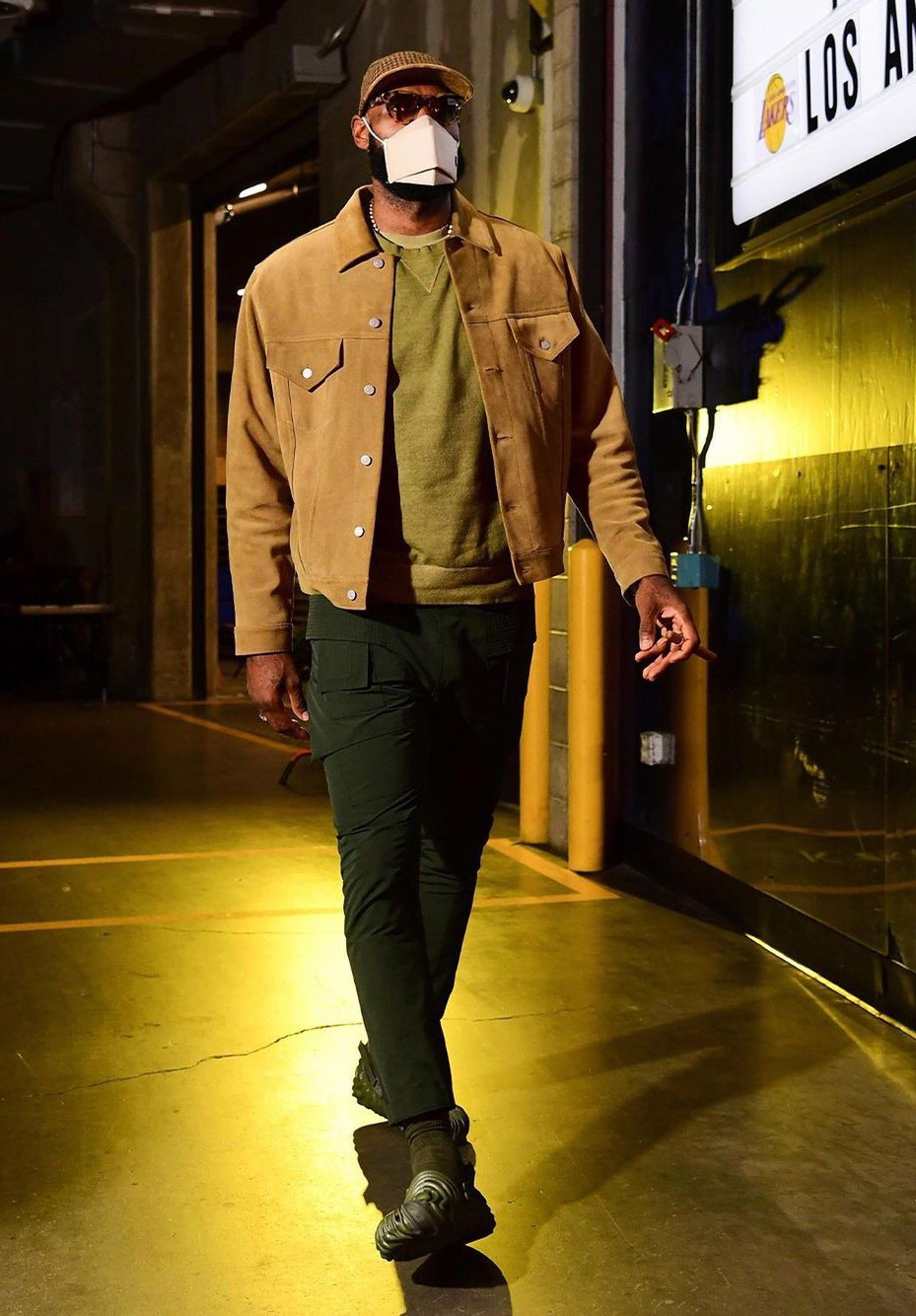 Summarize it down to give the following suggestions:

1. It is recommended to wear it with long socks, the same color system works best. It can be visually more advanced and also enhance the comfort. 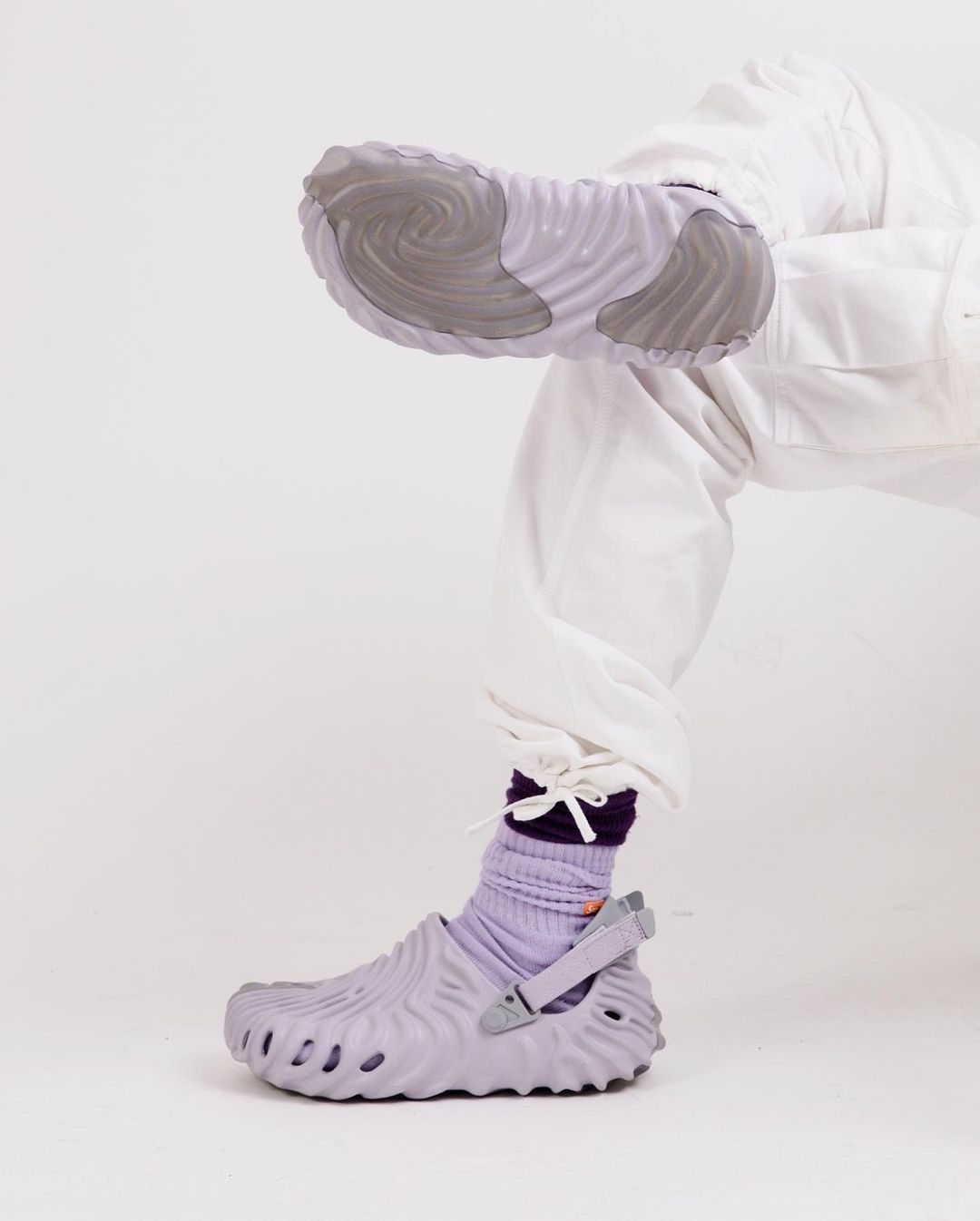 2. If you want to take long pants, it is recommended to match with sweatpants for better effect. It will create a lazy and casual style. 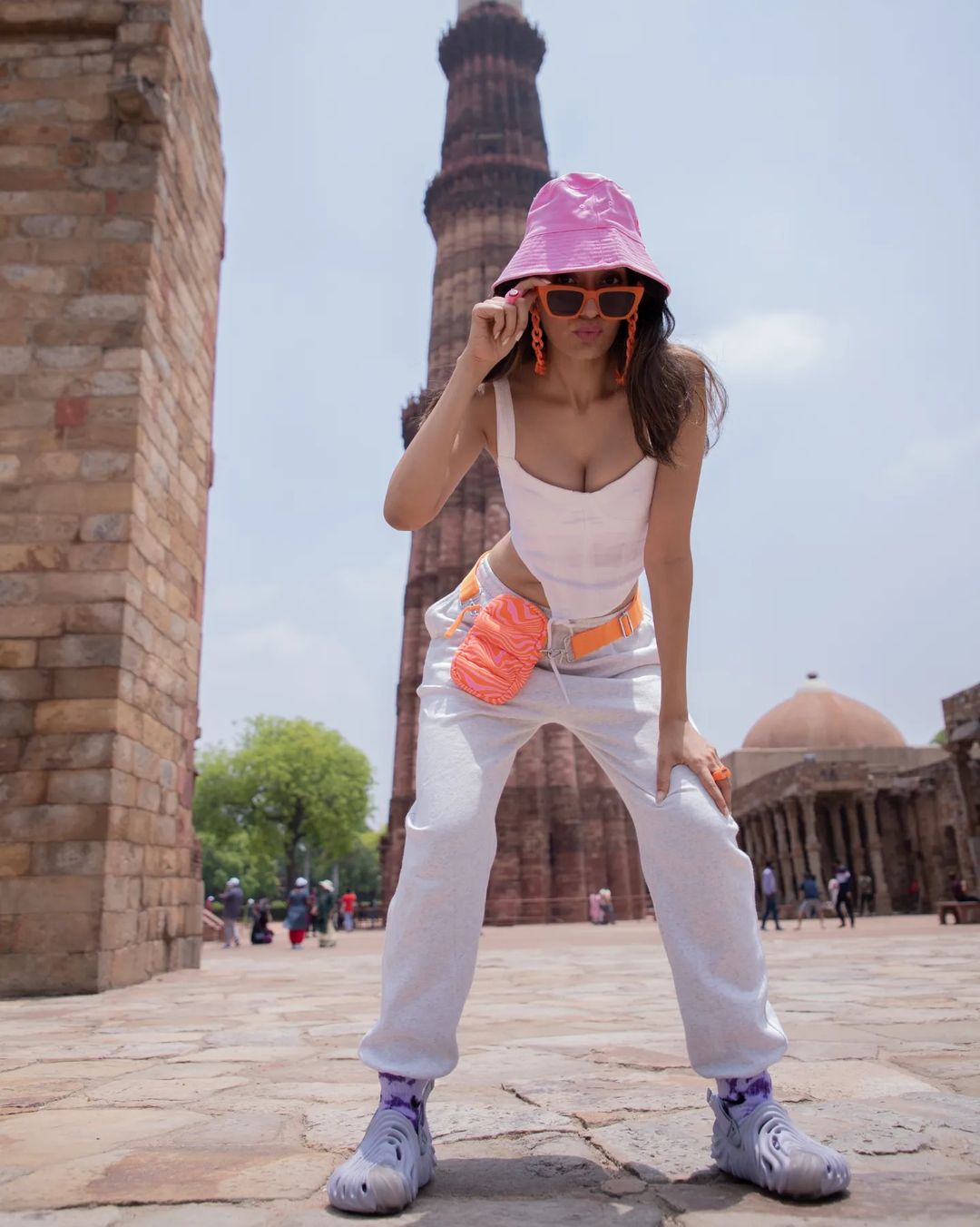 3. If you want to pair it with shorts, we suggest you to choose loose, soft texture and patterned style.

3. It is recommended to choose loose and soft styles with patterns. 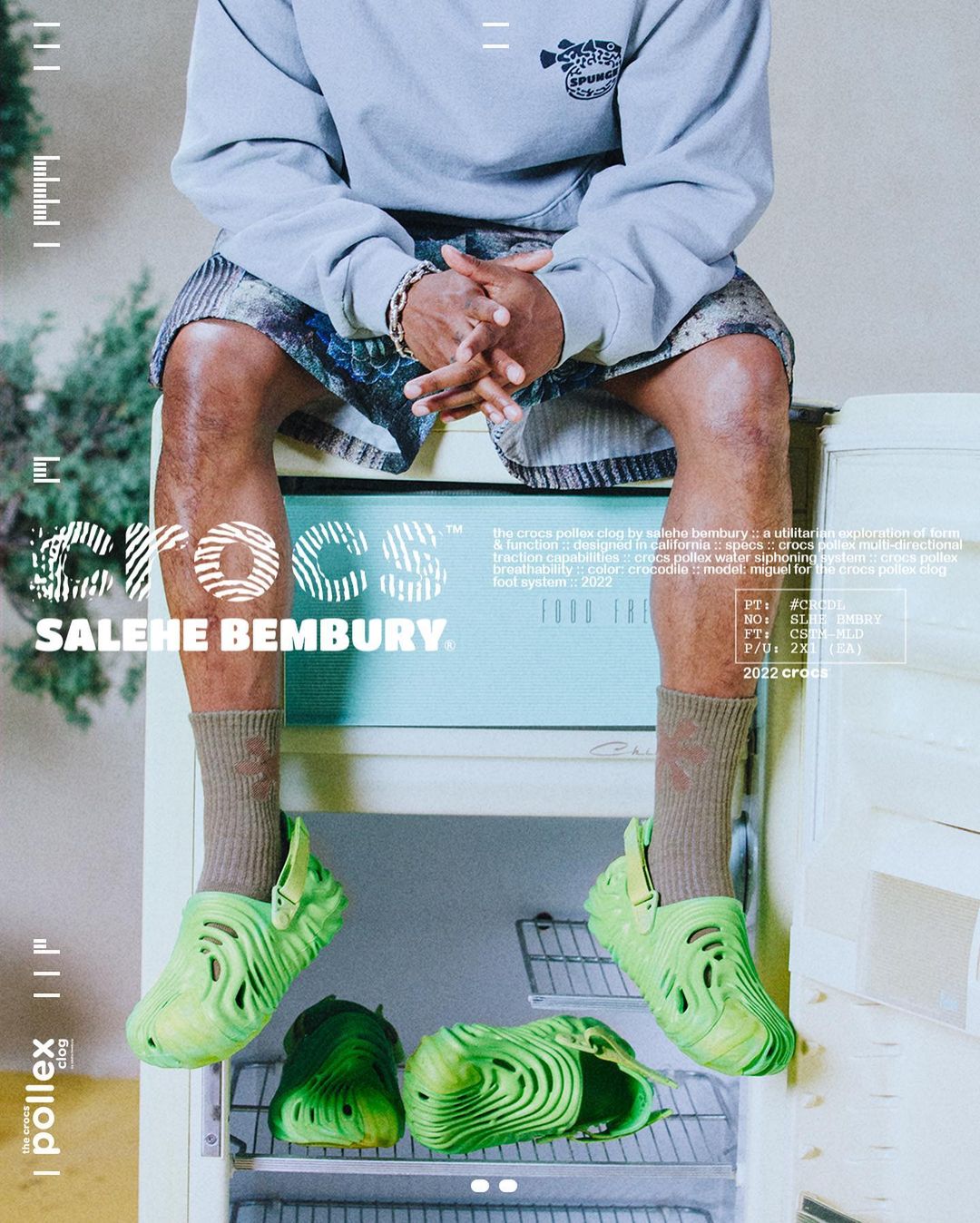 Since Crocs doesn’t have half sizes, it is recommended that players who are half sizes buy them rounded down. For example, a size 44.5 would be M10 (44/280mm) 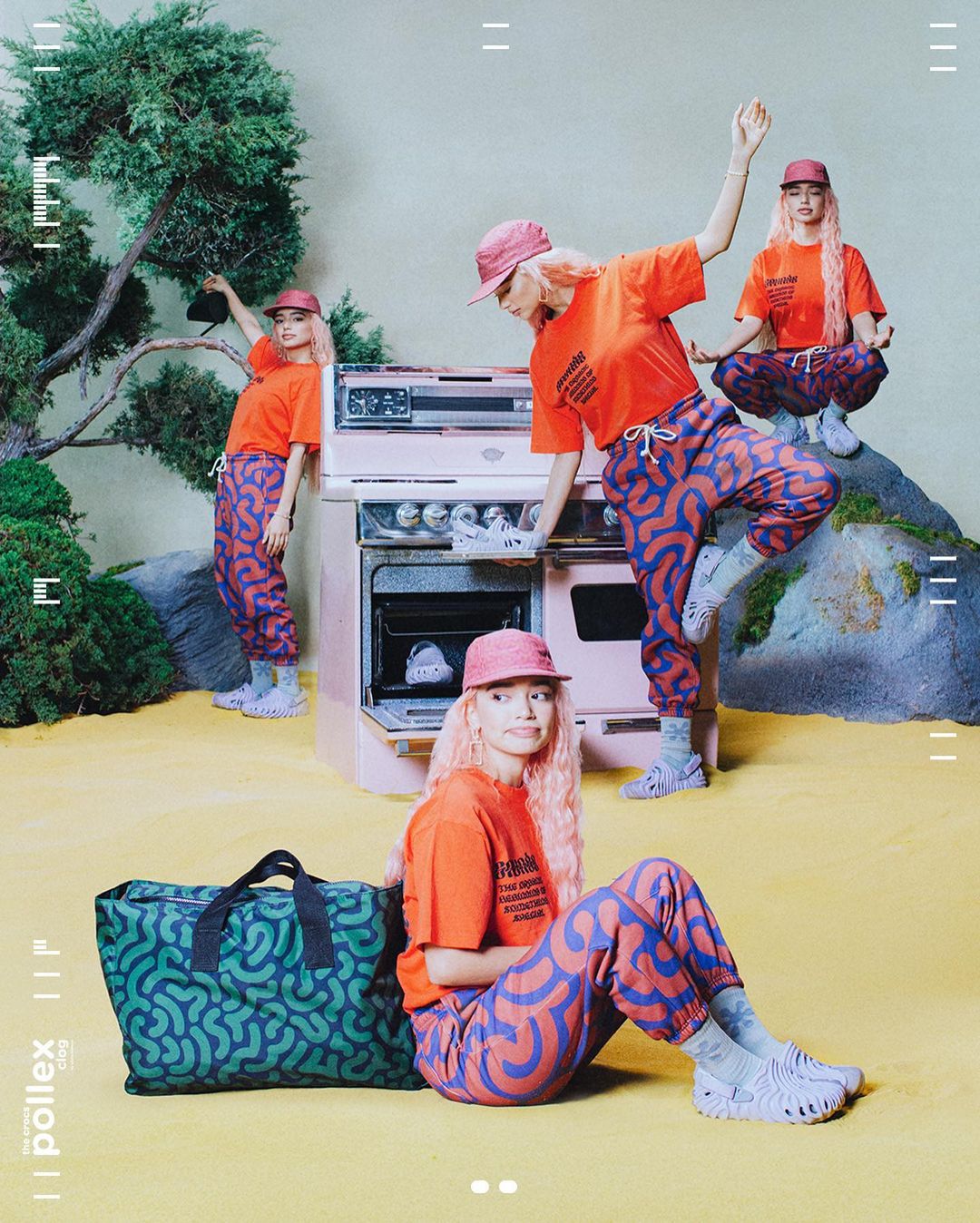 It was released yesterday on Tmall, and this wave contains three colorways, in addition to the pure white of this pair for me, there are also light green and purple.

The current market price is not low, some sizes are already above ￥3000, which is nearly 4 times compared to the launch price! 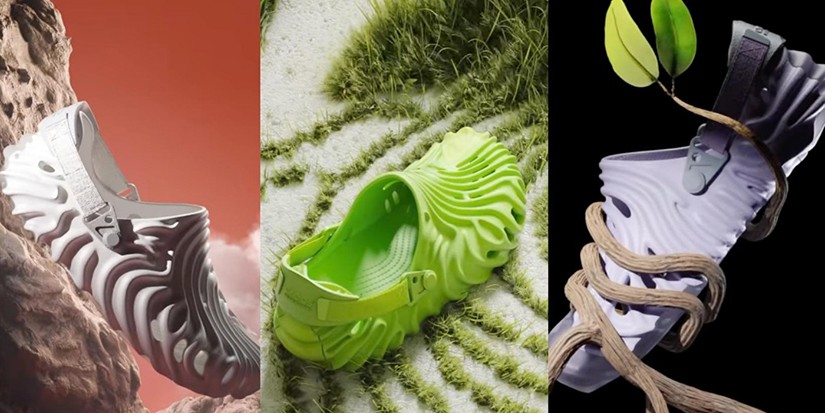 This is obviously not the right price for a pair of foam cave shoes, very much not recommend selling them now at an increased price.

As an original new shoe model with reopened molds, I believe Salehe Bembury x Crocs will not be short of follow-up colorways, so if you don’t get it this time, you can wait a little longer.