BAPE “luxury car co-branding” will be on sale soon! 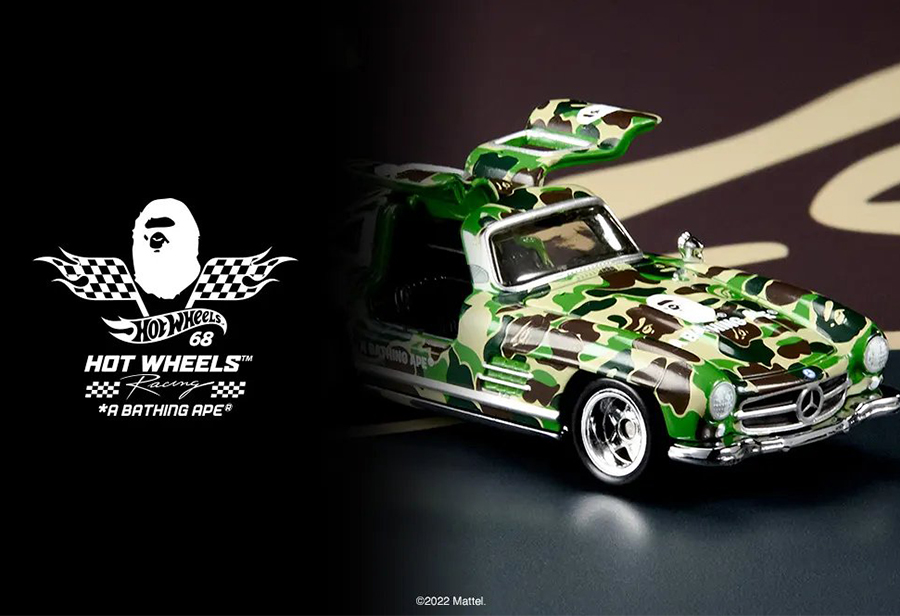 Every year, BAPE® brings a lot of unpredictable crossover collaborations. BAPE (mytag />) has been bringing out a lot of unconventional collaborations every year, including the impressive luxury car co-branding, which is a huge topic of discussion and popularity!

Recently, BAPE® has teamed up with Hot Wheels, a famous alloy car model brand, to bring a new collaboration series based on NIGO’s classic sports car, the Mercedes-Benz 300SL, collected in Tokyo’s BAPELAND. 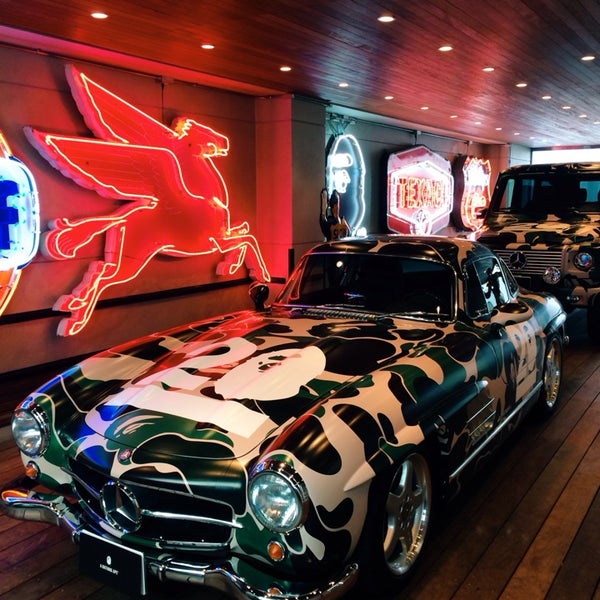 The streamlined body with the most popular gull-wing door design is considered by fans as a classic masterpiece of elegance and avant-garde.

And the Mercedes-Benz 300SL in Nigo’s collection is covered in BAPE® signature ABC Camo paint, giving it a unique street credentials. 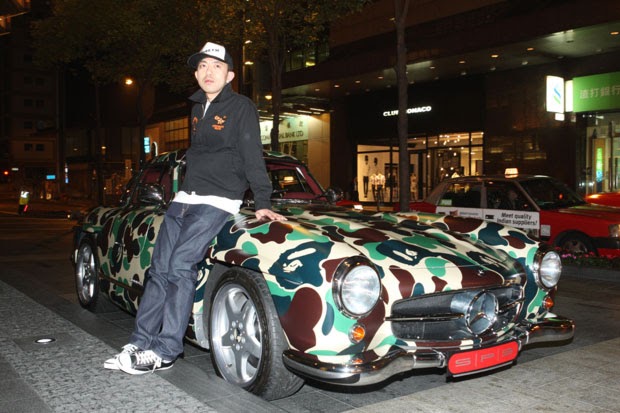 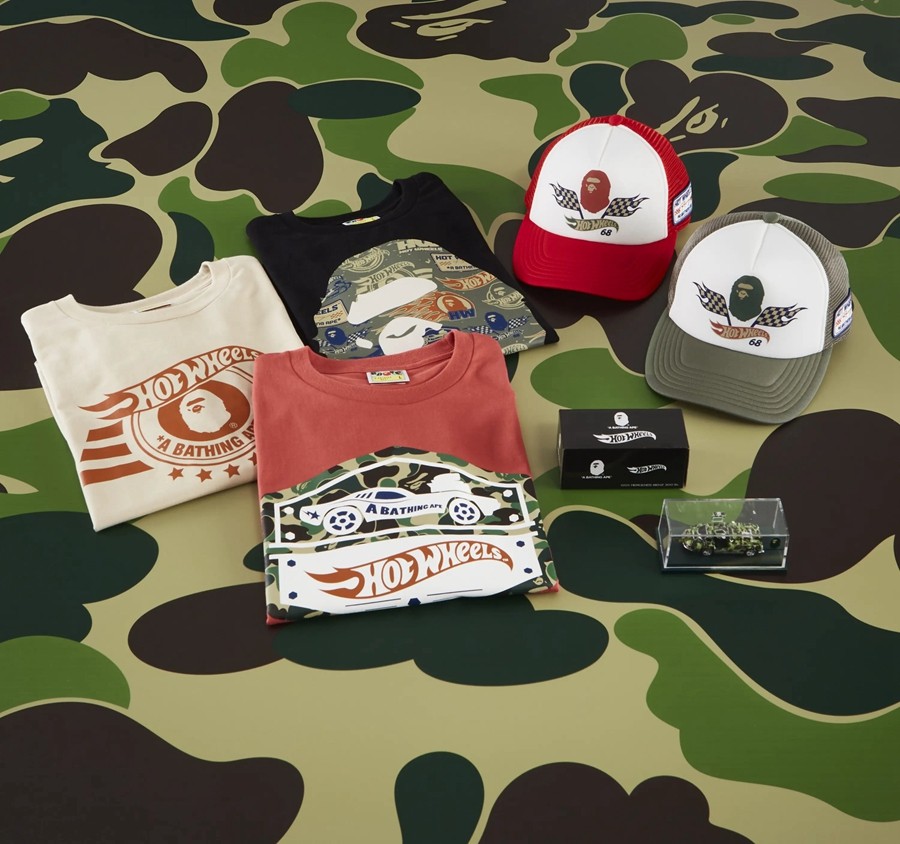 In addition to bringing back the original camouflage paint and wheels, the alloy car models are also available in a variety of exclusive details. mytag /> ape head, which is hard to resist for both car enthusiasts and modelers alike. 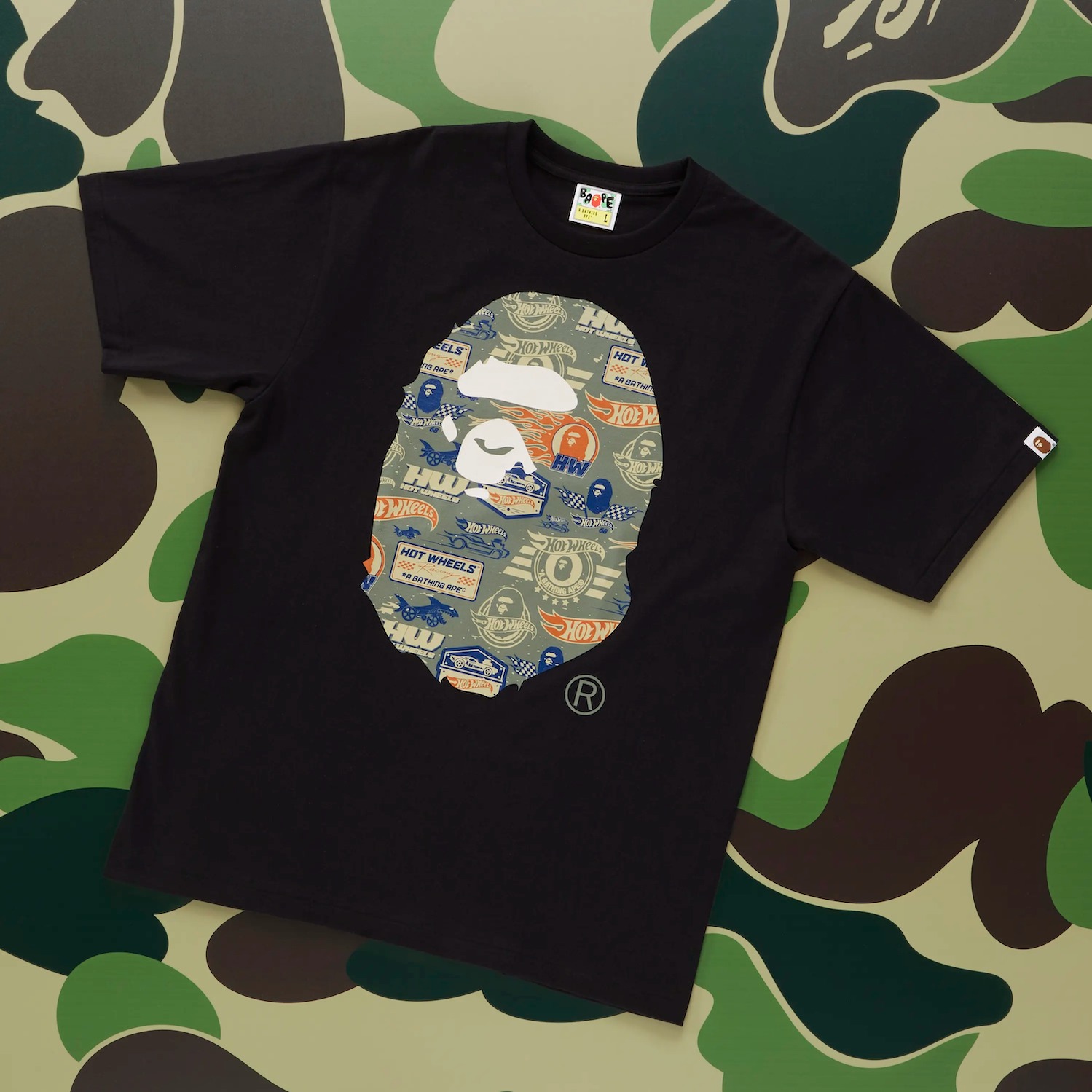 The latest news is that BAPE® x Hot Wheels will be available in Japan on May 28th, and then in select BAPE stores worldwide.

The domestic market is expected to go on sale later, so if you are interested, you may want to pay close attention. 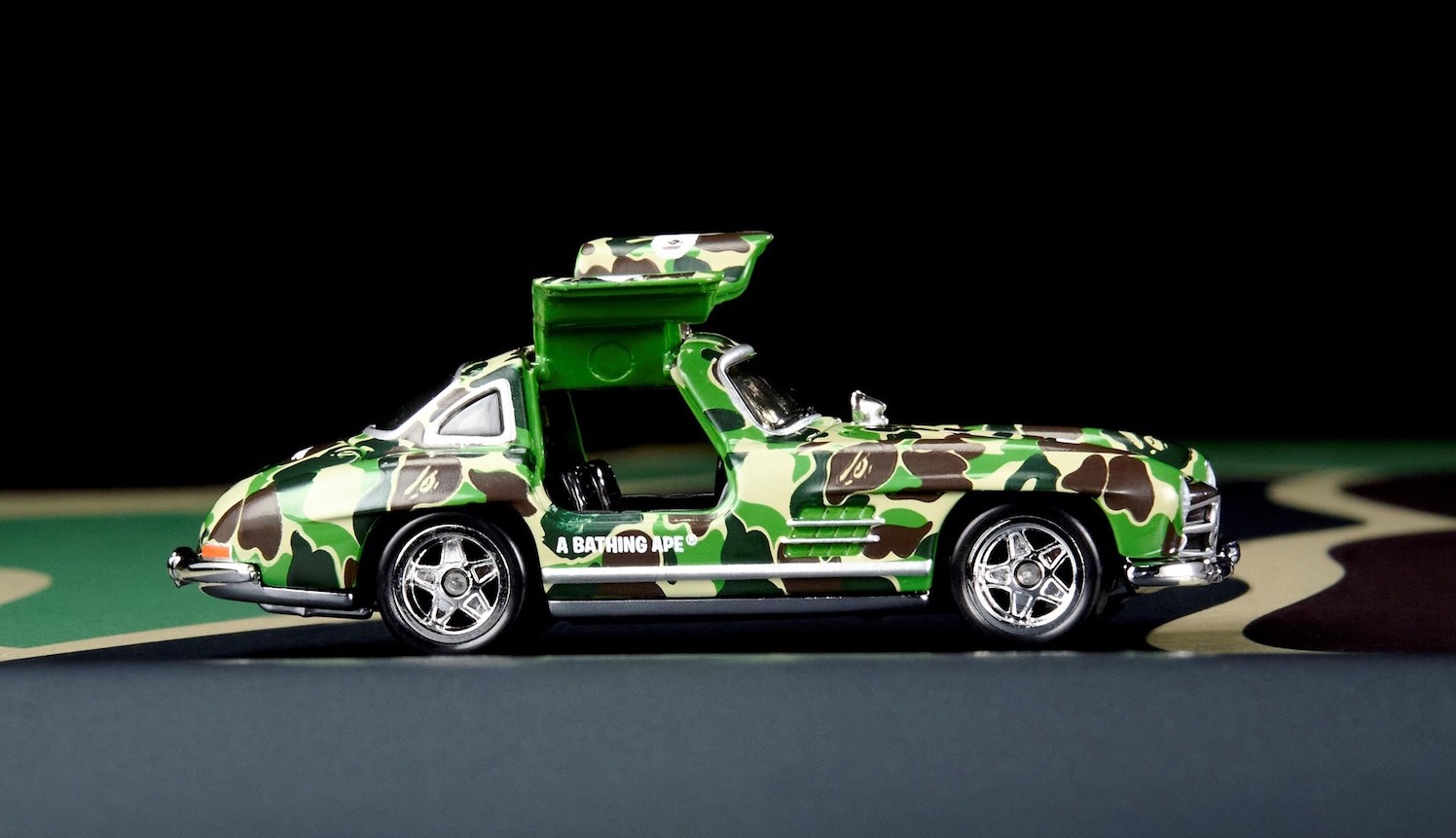 Doom and gloom style! What grade do you give to the “battle damaged” Stan Smith?