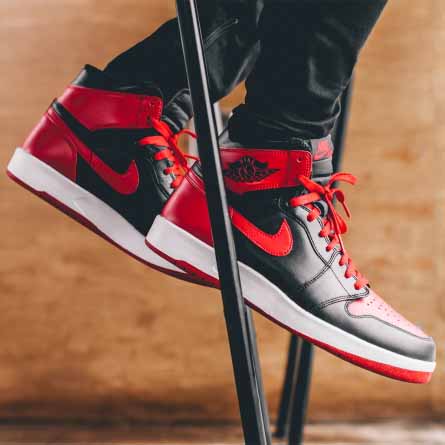 Today, I’m going to take a break from the fake Air Jordan vs real niche. In its place, I will walk you through the journey of Air Jordans. Yes, I’m talking about the shoes build around Michael Jordan. It was a big brand back then and still shakes the world of fashion today. If anything, this line of sneakers has dominated and still does only not in sports but for a score of other fields/occasions.

Michael is the GOAT of basketball. That is not debatable. Did you also know that he’s the OG of sneakers? Yes, he is and that is why he got a series of shoes under his endorsement sending the fashion industry into endless waves for more than three decades.

Let’s go back in time to 1985. This is the magical year when Air Jordan 1 was out. There was a buzz around it and things could never be better for the newest sneaker in town. On Michael Jordan’s feet, this shoe gave opponents a hard time. It is rumored that it was defying gravity or was Michael good at his thing? To me, I think both. Thanks to this, everybody wanted a piece of the shoe. Not only for its ingenuity design but also because it was Mike’s favorite shoe.

But did you know that not everyone was happy about the Air Jordan? In particular, David Stern, NBA Commissioner at the time, was against Mike wearing the sneaker. He said the red and black versions of the legendary sneakers were defying the NBA’s dressing codes. Every time Mike played in the shoes, he would get a fine of $5,000. It was at this point that Nike came into the picture and decided to make it a marketing opportunity. How? Every time Mike was fined for wearing the shoes, Nike took care of the fine. That is how Michael and Nike relationship began and lasted for all those years.

In 1986, Air Jordan 2 was born. It was better in everything than the AJ1. The Nike swoosh was no longer part of the design. Its price crossed the 100-dollar mark and this was a start to great business. The 1988 NBA season was one to remember for Jordan. He had the finest Air Jordan 3 with him. It is no surprise that he was the league’s double of MVP and defensive player for 1988.

In 1989, another sleek sneaker that arguably defied gravity was ready for Jordan. It was the Air Jordan 4. Apart from being way better than its previous editions, the laces could be done in record 18 patterns. It was the first Air Jordan released for the global market.

Air Jordan 5 came knocking in 1990. It had shark-like tooth patterns at its back side to resemble World War II fighter jets. It also had rubber soles, which were becoming popular with other Nike shoes.

It is at the 1990-91 season that Michael bagged his first championship at Chicago Bulls. Again, 1991 brought Air Jordan 6 with some personal touch him. It was more advanced and better suited for the sport.

In 1992, Jordan took home many accolades including another league title, MVP, and gold from Barcelona Olympics. He was in Air Jordan 7 with an inspiration of African tribal prints. Come 1993, Jordan and Chicago Bulls were on a winning spree. They took home another league title and Jordan getting the MVP for the third time in a row. The Air Jordan 8 was his secret weapon.

Although Jordan shocked the world announcing retirement from the sport in 1993, Air Jordan 9 kept everything lively. He had lost his father through a murder and he wanted out. In 1994 to 1995, Jordan has a short stint playing basketball again. To give him a welcome, Air Jordan 10 was released. In 1995, he faxed Chicago bulls that he wanted back. On return, he scored an impressive 55 points against New York Knicks. He was far from done.

In 1995, Jordan won everything at personal level. It was the greatest year of his career. It was at this height of success that Air Jordan 11 made its way. It was great in performance and the first with aerodynamics.

The 1996-97 season was another big gain for Jordan. He was on his way to a fifth ring. It the best time for the Air Jordan 12 to grace the sport. In it, Jordan endured high temperatures to bag 38 points to beat Utah Jazz. It was an epic performance for the legend and a deserving shoe to wear.

Do you now want to have a taste of the best replica Air Jordans? You made the correct decision choosing this post. In store, I have deals for wholesale air Jordans. Please visit Primestuff where you will find a galore of cheap air Jordan for sale. Searching through the shoe catalogues, you will find high quality replica air Jordans. If you are looking for cheap air Jordans that will give you the value for your bucks, you better make your way to Primestuff now. Most importantly, you are not getting fake Jordans here but almost the same quality as the real ones. Share the good news with others and make this blog your favorite spot for all fashion news and information.

Interesting Facts you did not know about Louis Vuitton 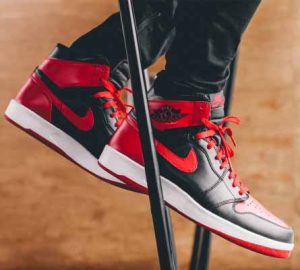